In 1983, a suicide bombing of a Marines barracks in Beirut, Lebanon, killed 241 American service members, 58 French military personnel, and six civilians, and injured hundreds more, Al-Arabiya reports. On October 23, the suicide bomber drove a truck into the barracks and detonated about 1,000 kg of explosives (roughly 15,000 to 21,000 pounds of TNT).

In response, both the U.S. and France began to attack bases in the area linked to the IRGC, especially those where they trained Hezbollah militias.

More evidence of Iranian involvement came from Iran’s Resalat newspaper in 1987. It cited former IRGC logistics officer Mohsen Rafighdoust as saying “both the TNT and ideology behind the attacks that sent 400 American officers and soldiers to hell in the U.S. Marines command base in Beirut came from Iran.”

This attack is in line with the aims of the Iranian Regime who wanted to export terrorism and war across the Middle East and also wanted to create a central command base in Lebanon for the IRGC and its local mercenaries, which it couldn’t do with the peacekeeping mission still in place.

It should go without saying that no one should celebrate acts of terrorism, but the Iranian regime never got that memo.

In 2004, the IRGC unveiled a monument in honor of the terrorist attack, but make no mistake, they were not remembering the slain but the slayer. The column, erected in the “Martyrs of the Islamic World” section of Tehran’s Behesht-e Zahra Cemetery, made it clear that the IRGC was involved in the attack of the peacekeeping force in Beirut, which was sent by the UN as part of an effort to end the Lebanese civil wars.

While in 2014, the state-run Rasekhoon website praised the attack as “heroic.”

The Lebanese Hezbollah, under the command of former defense minister Hossein Dehghan and with support from the IRGC, took over the Sheikh Abdullah Base in September 1983. At first, it was used as the headquarters of the Lebanese Army in Bekaa Valley before being turned into the IRGC’s main command center in Lebanon.

The IRGC used this site to control Hezbollah and orchestrate the Beirut bombings. They gave the order to Iran’s then ambassador to Syria, Ali Akbar Mohtashemipour, who relayed the order to IRGC units stationed in Beirut under Dehghan’s command.

“For more than thirty years the curtains have gradually fallen and the true face of Iran’s IRGC, as a source of support for terrorism, has become crystal clear. Rest assured the footprints of this notorious entity will be found in more crimes inside Iran, around the Middle East and across the globe,” Heshmat Alavi, a human rights activist specializing in the Iranian Regime, wrote on Al-Arabiya.

“This is further proof of the necessity of strong measures against the IRGC as the epicenter of Iran’s war machine. Utter belligerence has been Tehran’s offspring for four long decades. The time has come to say enough is enough,” Alavi adds.

While Hezbollah represents Iran’s initial success at exporting its Islamic Revolution, today Tehran has spawned a plethora of other Shiite militias and proxy forces. Indeed, Major General Qassem Soleimani, Commander of Iran’s Islamic Revolutionary Guard Corps Quds-Force, boasted in 2015, “we are witnessing the export of the Islamic revolution throughout the region.”

It is now 34 years since the Beirut attack and 13 since the column was installed and the IRGC has finally been designated as a terrorist organization by the U.S. Treasury Department but they need a much more severe punishment in order to make sure that their victims have not died in vain. 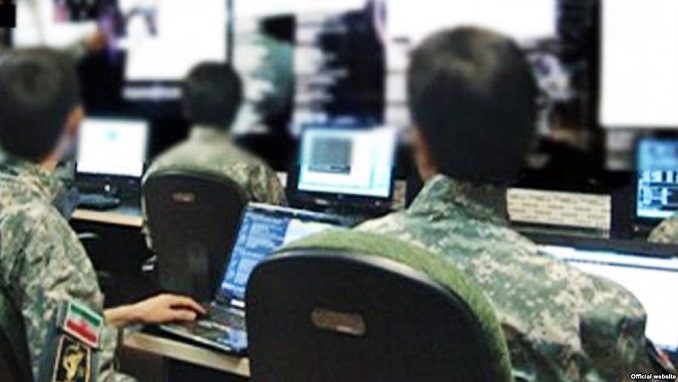 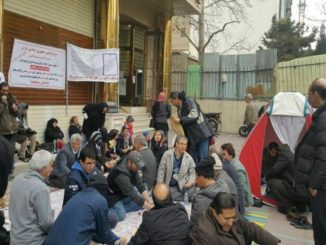 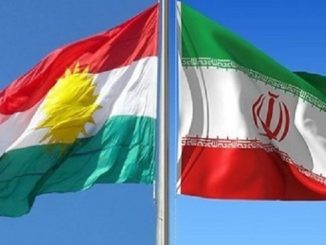