The bodies of seven victims of Sunday’s air crash in Iran were brought down from the mountainous crash site near the peak of Dena Mountain, south of Isfahanon Wednesday, according to Mizan, the official news site of the Iranian judiciary. There were no survivors among the 65 passengers and crew on the plane that plowed into a mountaintop in southwest Iran, Arab News reports.

The bodies of 32 passengers have so far been found and many of the remaining bodies are buried under ice and snow, state media reported.

“The first team that went to the crash site was able to bring back a few of the bodies of those who lost their lives and deliver them to the medical authorities at the bottom of the mountain a few minutes ago,” Mohsen Momeni, the director of the Isfahan branch of the Red Crescent told the semi-official Mehr news agency on Wednesday.

The black box of the airplane has still not been found local officials told state TV.

The Aseman Airlines plane disappeared from radar screens 50 minutes into Sunday’s flight from Tehran to the southwestern city of Yasuj. The Iranian military located the wreckage in the central province of Isfahan on Tuesday morning.

Glacial temperatures and the mountainous terrain hampered search efforts in recent days, adding to the grief and anger felt by families of the victims in a society plagued by risky air travel where officials blame decades of sanctions for the poor state of national fleet.

The twin-engined turboprop ATR 72 that crashed was more than 24 years old. According to data cited by the Flight Safety Foundation’s aviation-safety.net website, it was restored to service just three months ago after being in storage for six years.

More than 100 people demonstrated on Monday outside a local government office in nearby Dena Kooh county, demanding officials step down for their handling of the disaster after announcements that wreckage had been found on Monday were then denied.

“Any individuals whose actions may have led to the crash will be confronted,” Mahmoud Vaezi, the head of Iran’s presidency office, said Wednesday, according to Mehr.

Iranian rescue teams struggled to recover bodies on Tuesday from the wreckage of a plane that crashed in hazardous terrain near a mountain peak two days earlier with 66 people on board.

“Deep and dangerous crevices in the area of the crash have made it impossible for helicopters to land. The bodies must be transferred by hand to the foot of the mountain which will be time-consuming,” Ghafoor Rastinrooz, director of the regional medical centre, told official news agency IRNA.

After two days of heavy snow and fog, the weather finally cleared on Tuesday morning, allowing a helicopter crew to spot a piece of the wreckage with the company’s logo. A pilot told state broadcaster IRIB he had seen “scattered bodies around the plane” and that it was located on one of the Dena mountains at a height of around 4,000 metres. Footage from the helicopter showed the wreckage almost entirely buried in snow on a sheer mountain face, while officials warned that bad weather was expected to return and could last for days.

Around 100 mountaineers have been making their way up the mountain since Monday and teams were being choppered to near the crash site.

“Little by little they have reached the area and are collecting bodies. As we’re approaching sunset and the helicopters will no longer be able to fly, the teams will stay in place overnight and we will try to increase the number of teams tomorrow, although it’s very difficult,” Shahin Fathi, from Iran’s Red Crescent, told state TV.

The incident has reawakened concerns over aviation safety in Iran, which has been exacerbated by international sanctions over the years. Aseman Airlines was blacklisted by the European Commission in December 2016. It was one of only three airlines barred over safety concerns — the other 190 being blacklisted due to broader concerns over oversight in their respective countries.

Iran has suffered several plane crashes in recent decades. Tehran blames US sanctions for preventing it from importing new aircraft or spare parts. A Boeing 727 crashed in northwest Iran in 2011, killing 78 people, and in 2009 all 168 people on board died when a Caspian Airlines Tupolev crashed en route for Armenia. In 2003 an Ilyushin-76 troop carrier crashed in southeast Iran, killing all 276 Revolutionary Guard soldiers on board as well as the crew.

A deal with world powers on Tehran’s nuclear program in 2015 opened the way for Iranian airlines to update their fleets but many older planes are still in service, particularly on domestic routes. 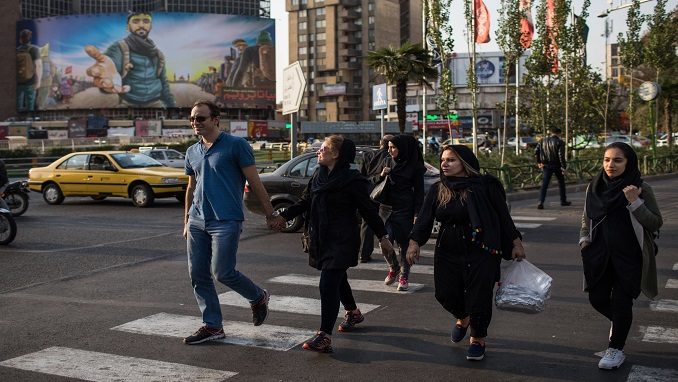 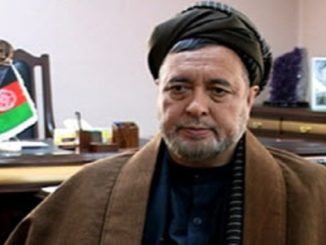 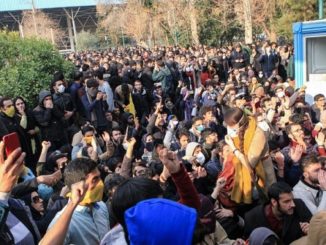