A top Iranian nuclear official has warned that if the nuclear agreement is ditched Tehran will increase its uranium enrichment activities with a speed far much higher than the conclusion of the nuclear deal, Tehran Times reports.  According to the 2015 nuclear agreement, officially called the Joint Comprehensive Plan of Action (JCPOA), Iran agreed to put limits on its nuclear work in exchange for the termination of economic and financial sanctions. The agreement went into force in January 2016.

Enrichment, a process which can produce weapons-grade uranium, is restricted under the terms of the deal. Supporters of the pact insist that strong international monitoring will prevent Iran from developing nuclear bombs. Iran has denied that it wants to acquire nuclear weapons.

“The American government should think wisely even though they have shown until now unfortunately that they are not thinking or acting wisely.  If suspension of the sanctions will not be extended, Iran will take the first retaliatory action immediately,” Kamalvandi said in the interview.

U.S. President Donald Trump, in a statement issued on October 13, refused to certify Iran’s compliance to the nuclear deal and asked Congress to decide the fate of the nuclear deal. However, Congress passed the ball back to Trump by letting the deadline on reimposing sanctions on Iran pass.

Iran’s atomic energy agency said on Wednesday a reimposition of sanctions by the United States would be a violation of Tehran’s nuclear deal with world powers, adding that the Islamic Republic had the capacity to greatly increase its enrichment of uranium.

U.S. President Donald Trump must decide by mid-January whether to continue the suspension of U.S. sanctions on Iran’s oil exports under the pact, which eased economic pressure on Tehran in exchange for limits on its nuclear programme. U.S. Under Secretary for Public Diplomacy and Public Affairs Steven Goldstein has said that Trump will announce his decision on Friday.

“If the suspension is not continued it’s a violation of the (nuclear deal) and the Islamic Republic of Iran will, of course, take the necessary actions,” Kamalvandi said but did not specify what such actions might be.

“The capacity exists within the atomic energy agency to speed up nuclear work in various fields, particularly in the field of enrichment, which can be increased several times more than in the period before the nuclear agreement,” he said later in the interview.

In a phone conversation on Monday with Yukiya Amano, director of the International Atomic Energy Agency, Iranian nuclear chief Ali Akbar Salehi said Tehran might reconsider cooperation with the IAEA if the U.S. fails to respect its commitments under the agreement. Salehi said in August 2017 that Iran can resume uranium enrichment to the purity of 20 percent in five days in the Fordow plant if necessary.

The IAEA, the UN’s nuclear watchdog, seeks to promote the peaceful use of nuclear energy. It is scrutinizing Iran’s compliance with the agreement. Majid Takht Ravanchi, a senior aide to Iranian President Hassan Rouhani, said on Wednesday Trump’s unpredictable personality made it difficult to foresee whether sanctions would be renewed.

“We are prepared for the worst-case scenario. Not only in the political field but even on the economic front,” Takht Ravanchi said, according to state media.

Iran signed the accord in 2015 with six world powers, agreeing to curb its nuclear program in exchange for the lifting of many international sanctions. Before the deal, Iran was said to be mere months away from having enough material to produce nuclear weapons.

On Monday, Iran’s deputy foreign minister Abbas Araghchi warned that “the international community must be prepared for the U.S. possibly pulling out of the JCPOA,” he said. Foreign ministry spokesman Bahram Ghasemi said that withdrawal by the U.S. would lead to an “appropriate and heavy response,” adding that “the U.S. administration will definitely regret it.” 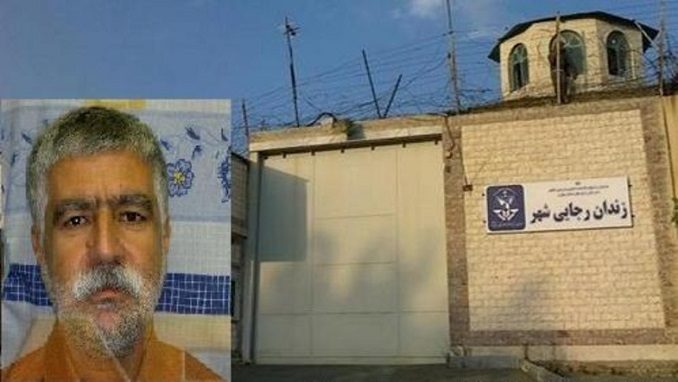 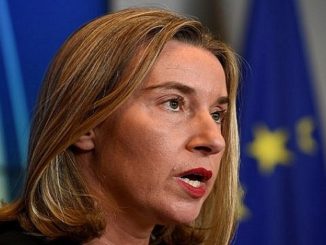 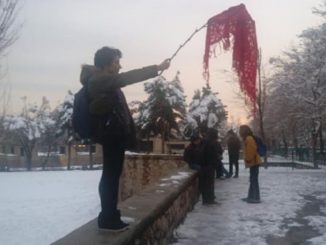