The reconciliation accord reached between Hamas and Fatah earlier this month has raised hopes of lasting Palestinian unity in the face of an increasingly belligerent Israeli government. This is despite the United States government’s decidedly ambivalent attitude toward the accord, Middle East Monitor reports.

In terms of the repercussions of the accord, what has been less discussed is Iran’s position on the apparent breakthrough in Hamas-Fatah relations. Officially the Islamic Republic is committed to Palestinian unity and Iranian officials have consistently bemoaned the rift between the two factions.

However, the terms of the latest accord, and a fear of potentially excessive Hamas compromises, has given Tehran pause for thought. Moreover, from Tehran’s perspective, the broader geopolitical picture requires confrontation with Israel, not endless peace talks which fail to deliver positive outcomes.

The timing of the reconciliation is awkward for Iran at a time when the Islamic Republic is trying hard to return its relations with Hamas on a stable footing after they were severely upset by the onset of the Syrian conflict as Hamas turned its back on the Syrian government.

Iran and Hamas may not be natural allies but they have sufficient ideological, political and strategic interests in common to maintain a strong bond so the priority for Hamas leaders and their Iranian interlocutors has been to restore the status quo ante.

Tehran fear is that the reconciliation accord will push Hamas to adopt positions which will create more distance between its policies and those of Iran. Hence it is not surprising that immediately after the accord, a high-level Hamas delegation visited Tehran with the intention of addressing Iranian concerns.

Meanwhile, the head of the visiting delegation, Hamas leader Saleh Al-Arouri an interview to the specialised Iranian Diplomacy website in which he argued that far from creating a rift between Iran and Hezbollah, the reconciliation should bring Hamas closer to the Iranian-led “resistance” axis.

The tough talking by Hamas leaders in Tehran is unlikely to alleviate the Iranians’ concerns. While Iran is not opposed to Hamas-Fatah reconciliation in principle, it is the broader political and strategic dynamics which worry the Iranians. The reconciliation accord is being seen as a diplomatic triumph for Egypt, a regional rival of Iran, and, more worryingly for Iran, the accord is likely to intensify U.S. and Israeli engagement with the Palestinians, American and Israeli objections to the accord notwithstanding. 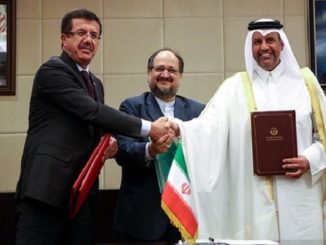 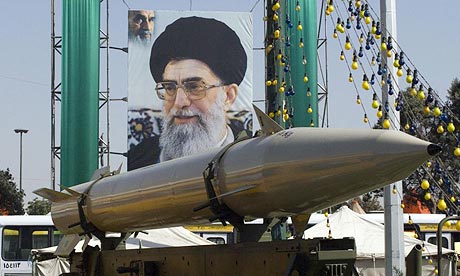