In a move designed to further curtail President Hassan Rouhani’s scope for policy-making, the “Supreme Guide” Ali Khamenei has ordered the creation of a new supervisory body to “hold all branches of government to account in the implementation of their policies,” Asharq Al-Awsat reports.

Khamenei unveiled his plan at a special meeting of the Assembly of Experts, a 92-member outfit initially formed to surprise the performance of the “Supreme Guide” himself, in Tehran. He said the Assembly must “assume grand supervisory mission designed to ensure the direction and progress of the Islamic revolution.”

“The three branches of government are in charge of administering the country in a revolutionary manner,” Khamenei said. “But the Assembly of Experts must supervise the branches to make sure they move in the direction set by the revolution, and to hold to account when there is a lacunae.”

Split between a vision of Iran as a vehicle for Khomeinist revolution on the one hand and an ordinary nation-state on the other, the Iranian Republic has faced deep contradictions from the very beginning. For radical elements the risk in seeing Iran normalize itself and start behaving like a nation-state is almost as great as that of “foreign plots for regime change.”

The current Constitution is already designed to limit the powers of the official government represented by a President and a Council of Ministers. This is done through three existing organs: the Council of the Ascertainment of the Interests of the System that is supposed to arbitrate disagreements between the President and his Cabinet on the one hand and the Islamic Majlis, Iran’s ersatz parliament, on the other.

Worse still, in 2015 Khamenei extended the powers of the Council by ordering it to work out 20-year plans for all key aspects of national policy. Since all its members are appointed by Khamenei it is safe to assume that it is ultimately his view that would prevail. The second control organ is Guardians of the Constitution which could veto any government decision even if approved by the Parliament. Khamenei directly appoints six of the 12 members but would also have to approve the six others named by the Parliament so his control over the Guardians Council is almost total.

The new organ decreed by Khamenei is to be composed of “a team of thinkers.” But since the nominees would have to be approved by Khamenei, it is clear that the new proposed organ will add a third layer to the control already exercised by the “Supreme Guide.”

Even then, the “Supreme Guide” is not satisfied with formal control over the official government which he clearly does not fully trust. This is why some “sensitive areas” are kept outside the remit of the President and the Council of Ministers from the start. Iran’s regional policy is directly controlled by the office of the “Supreme Guide” known as “Beit rahbar” with the Ministry of Foreign Affairs’ task limited to protocol and ceremonial occasions.

All of Iran’s ambassadors to Arab countries, for example, are chosen by the Quds Corps, the organ charged with the task of “exporting the revolution” and directly accountable to the “Supreme Guide.”

The Iran policy of “supporting moderate elements” adopted by former U.S. President Barack Obama was partly responsible for Khamenei’s decision to reduce the power of the official government and increase that of revolutionary organs under his control. With U.S. policy apparently now moving in the direction opposite to that set by Obama, Khamenei is anxious to consolidate the position of his revolutionary organs before another U.S. administration is tempted by a new version of Obama’s love-affairs with “Tehran moderates.”

The first was Khamenei’s four-hour long tete-a-tete with Russian President Vladimir Putin from which Rouhani was excluded. Since then, Iran’s Russia policy is handled by the office of the “Supreme Guide” with such emissaries as Quds Corps Commander General Qassem Soleimani and Khamenei adviser Ali-Akbar Velayati running errands to Moscow instead of the official Foreign Minister Javad Zarif.

The second event was the historic visit to Ankara by the newly appointed Chief of Staff General Muhammad Baqeri establishing direct contact between the military of the Iran and that of NATO and  the official government played no role in the event. Since then, General Baqeri established direct contact with the top brass of the Pakistan Armed Forces, once again bypassing the Cabinet nominally headed by Rouhani.

The decision to test a new ballistic missile after Rouhani’s speech at the UN General Assembly that has sounded moderate and conciliatory and ready to comply with Iran’s obligations under UN resolutions, the most recent one of which forbids such missile tests, is also noteworthy. The missile was designed to tell the world that what matters is not what Iran promises as a country but what Iran does as a revolution. 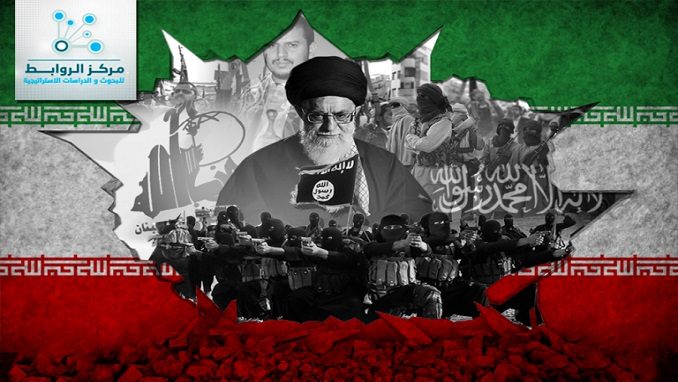 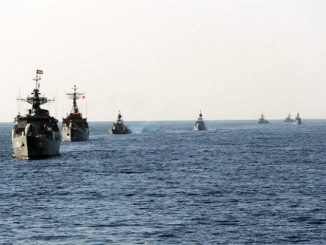 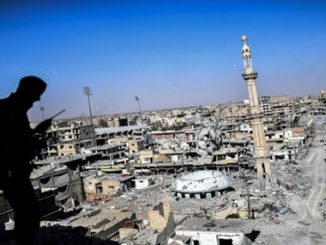