Leader of the Islamic Revolution Ayatollah Ali Khamenei emphasized that the Palestine will be free, saying the Zionists’ aim to declare Quds the capital of occupied Palestine indicates their inability and failure, Mehr News reports. U.S. President Donald Trump is expected to announce that the United States recognizes Jerusalem as the capital of Israel and will move its embassy there, breaking with longtime U.S. policy and potentially stirring unrest.

Ayatollah Khamenei made the remarks in a meeting with participants of 31st Islamic Unity Conference and ambassadors of Islamic countries to Iran along with Iranian high-ranking officials, held on Wednesday on the occasion of birth anniversary of Prophet Mohammad and Imam Jafar Sadeq, the sixth Imam of the Shia.

“They claim they would turn Quds to the capital city of the occupying Palestine and this proves their incapacity against the Resistance Movement; they are close-handed regarding the Palestinian issue and they cannot achieve their goals. The victory of Islamic Ummah is imminent and Palestine will be free and their people will be victorious,” Khamenei said, using the Arabic name for Jerusalem, according to his official website.

He underlined that today, the enemies, the United States, the global Arrogance and the Zionist regime have lined up against the Islamic Ummah and the path of the Prophet; they and all their allies are today’s pharaohs who aim to launch a war in the region.

Iran has long supported a number of Palestinian militant groups in their fight against Israel.

“On the issue of Palestine, (U.S.) hands are tied and they cannot advance their goals. American government officials have said themselves that we have to start a war in the region to protect the security of the Zionist regime (Israel),” Khamenei said, saying the Palestinian people would be victorious.

There are certain rulers in the region who are “dancing to America’s tune” Khamenei said, an indirect reference to Iran’s main regional rival Saudi Arabia.

“Whatever America wants, they’ll work against Islam to accomplish it,” he said.

Khamenei reiterated that we have no discord with Muslim nations.

“We are up for unity; but, if there are people who are against this movement interested in unity and they are after staging war, we advise them that the outcome of what some states, in the region, are doing will be as Quran says, “their own destruction,” he said. 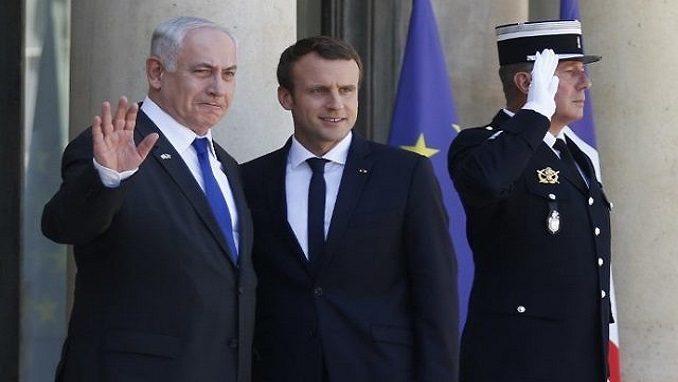