Iran on Thursday directly blamed a CIA official and Israeli Mossad backing for a week of protests calling for the overthrow of the Islamic Republic, as the strength of the demonstrations was uncertain with fewer reports of rallies. The CIA accusation came from Iran’s prosecutor general, Mohammad Jafar Montazeri, in a story by the state-run IRNA news agency.

“The plan had been prepared and masterminded some four years ago with close cooperation of those countries,” he said.

Montazeri said that the main projector of the plan was an American national named Michael Andrea, a former CIA member in charge of combatting terrorism that formed the group to create unrest in the Islamic Republic of Iran.

“Michael Andrea along with an officer affiliated to Mossad spy agency were in charge of masterminding the plot while Saudi Arabia paid for all the expenses. The plot dubbed as ‘Consequential Convergence Doctrine’ was designed based on the data gathered throughout years’,” Montazeri said, adding that they conducted various scenarios such as protesting the high cost of living, high pay of bills and financial demands of the retired people.

Other outlawed groups such as MKO, followers of the monarchical regime, the nationalists and several groups affiliated to the communists were present in the plot, he said.

“They had offered two models named Tunisia and Libya and finally chose the latter which was to create waves of unrest from outside to the center. They had prepared two operation rooms in Ebril of Iraq and Heart in Afghanistan to cross Daesh Takfiri groups to the streams of these unrests,” Montazeri added.

Some analysts believe that they had prepared the plot for the year 2018 but due to the country’s special circumstances they put it on ahead of schedule, the public prosecutor added. They assumed that they can put an end to the Islamic revolution through such conspiracies, but to no avail.

“Immediately after such unrest, the U.S. ‘stupid president’ backed the move in his twitter which was followed by supports from England, the Zionist regime and a number of European countries. Vigilance of Iranian nation and their insight was a big hurdle to their ill-wishing,” Montazeri said.

The Trump administration has denied having any hand in the protests, and the CIA declined to comment. According to Reuters, a senior Trump administration official said on Wednesday that the U.S. has not played any role in the Iranian protests and that the speed and force with which they’ve spread across Iran was not expected.

“The protests were entirely spontaneously generated,” said the official, who spoke on condition of anonymity to discuss intelligence matters, and as reported by The U.S. News.

ABC News cited another U.S. government official saying “This was not on our radar,” when asked about whether or not the U.S. was expecting the Iranian protests. Iranian suspicion of the CIA stretches back to 1953, when the CIA and the British executed the coup that overthrew its elected prime minister and cemented the rule of the American-backed shah.

Montazeri’s comments were most likely an attempt at discrediting the protests that have been raging in Iran’s capital for seven days straight. While many Iranians have denounced the violence that has accompanied some demonstrations, they echo the protesters’ frustration over the weak economy and official corruption. The extremely violent Iranian protests, which have quickly spread to more than 40 cities across the country, have raised questions about the challenges the Iranian people face. After the nuclear deal, Iran made with the UN Security Council, the extremely high unemployment rate, rising inflation, and weak economy were all expect to subside.

It wasn’t immediately clear if the drop in reports of new demonstrations challenging Iran’s theocratic government meant the protests were subsiding or that the authorities’ blocking of social media apps have managed to stop protesters from offering new images of rallies. The demonstrations, which began December 28 over the country’s struggling economy, have been the largest in Iran since the disputed 2009 presidential election. At least 21 people have been killed and hundreds arrested.

On Thursday, thousands again rallied in support of the government in dozens of towns and cities, including in the northeastern city of Mashhad, where the anti-government protests began and extended to other cities. State television repeatedly broadcast nationalistic songs and described the pro-government rallies as an “answer to rioters and supporters to the riot.” That appeared to be a reference to President Donald Trump, who has tweeted several times in support of the anti-government rallies.

At the same time, Interior Minister Abdolreza Rahmani Fazli said about 42,000 people at most took part in the week of protests, saying they went on as long as they did because of the “leniency, restrain, tolerance and interaction” of the government. He did not elaborate. Fazli’s comments marked the first government estimate of participation in the protests and appeared timed so authorities could contrast it against the mass crowds brought together for the pro-government demonstrations. 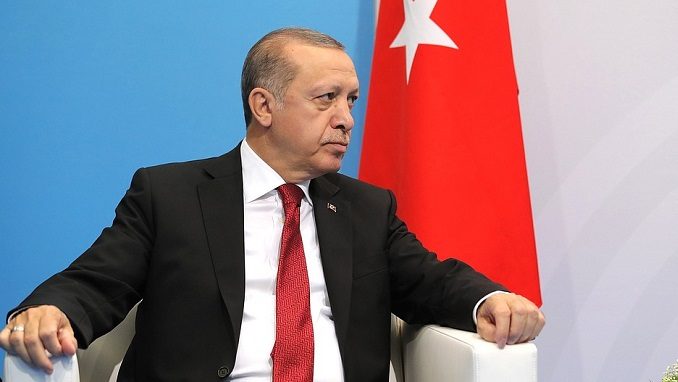