Israel says that Iran’s regime and its Lebanese proxy Hezbollah are working to entrench themselves militarily in the neighboring Syria, where they are supporting Syrian government troops, and it’s rattled that a recent truce deal brokered by Russia and the U.S. doesn’t block that.

The strengthening of Iran’s position in Syria represents a threat to Israel, Middle East, and the whole world, Netanyahu said at the opening of his meeting with Russian President Vladimir Putin.

Complicated alliances in the Syrian war make Netanyahu’s mission a tough one. Israel could escalate the pinpoint strikes against Iran and Hezbollah it has already carried out during the war if it isn’t satisfied that Putin and U.S. President Donald Trump are taking its security concerns into account. Moshe Ya’alon, who served as Israel’s defense minister during part of the war, said Israel may be forced to act militarily if Iran isn’t expelled.

“We had the expectation that a deal between Trump and Putin would deal with the Iranian threat on our border,” Ya’alon said in an interview in Tel Aviv. “It’s clear that if there is no solution, in the end, we might have to take action ourselves.”

Netanyahu set off for Russia with Mossad spy chief Yossi Cohen and internal security head Meir Ben-Shabbat after an Israeli delegation came back from Washington this month with no announcement of progress on Israel’s demands. Russia, whose military intervention turned the tide in favor of Syrian President Bashar al-Assad, may not support the demand for a complete Iranian withdrawal: Iran is one of the co-sponsors of Moscow’s peace efforts in Syria, and Russia is unlikely to antagonize it.

Israel — which waged the loudest campaign against the Iran nuclear deal — accuses the Shiite-led Islamic Republic of building military bases in Syria and carving out a land corridor to transfer arms and fighters from Tehran to Beirut. It also says Iran is building precise-munition factories in Lebanon, Hezbollah’s base.

“There should be no arrangement that allows Iran and its proxies to base themselves militarily in Syria,” said Chagai Tzuriel, director-general of Israel’s Intelligence Ministry. “An Iranian military presence in Syria will be a constant source of friction and tension not only with Israel, but with the Sunni majority in Syria, with the Sunni countries in the region, and with Sunni minorities outside the region.”

Russia probably will try to find some kind of compromise, analysts said.

“The dominant view is that Iran is still a partner in Syria and now is not the time to sow tensions,” said Alexander Shumilin, head of the Middle East Conflict Analysis Center at the government-run Institute for U.S. and Canada in Moscow. What it might do is “let Iran strengthen its positions in western Syria,” further from Israel, he said.

Zvi Magen, a former Israeli ambassador to Moscow and now a research fellow at the Institute for National Security Studies in Tel Aviv, expects Netanyahu and Putin “will try to find a solution in which the Iranians can stay in Syria under Russian control,” with no military units and no military bases.

Israel never accepted Iran’s assertion that its nuclear program — temporarily curbed under the nuclear pact — has no military component. It also has clashed over the decades with Hezbollah, which has significantly expanded its military arsenal since its last war with Israel 11 years ago.

While Israel has largely stayed out of the Syrian fighting, Netanyahu recently said the Israeli military struck Hezbollah in Syria dozens of times. Ya’alon hinted Israel also has targeted Iranian operatives, noting that when Iran tried to orchestrate terrorist attacks in the Israeli-held Golan Heights, “all those operatives are no longer alive.”

Russia won’t brush off Israeli concerns because it wants to prevent a direct Israeli-Iranian confrontation that would deepen the region’s chaos, said Yossi Mekelberg, a senior consulting research fellow at the Chatham House research center in London.

“Unlike with the nuclear project, Israel actually has the capability to kill Iranian operatives in both Syria and Lebanon with quite some ease,” Mekelberg said. “The fear then becomes that both sides miscalculate to the point of direct confrontation between Iran and Israel. This is a very delicate, explosive situation.” 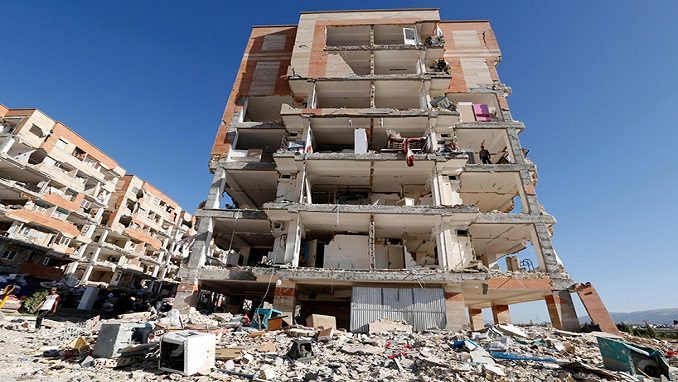 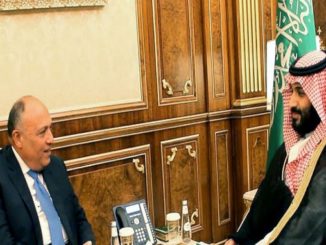