The head of the U.N. agency monitoring Iran’s nuclear deal with the U.S. and five other nations says Tehran is living up to its end of the agreement – comments that indirectly oppose President Donald Trump’s view, Fox News reports.

The U.S. president refused last month to certify Iran’s compliance, saying the benefits Tehran is getting from the deal are not proportional to its concessions.

Iran limited its nuclear program in exchange for an end to nuclear-related sanctions, but legislation now is pending before Congress that would attach additional conditions for existing U.S. sanctions relief — a move Tehran says would violate the pact.

Speaking Thursday, Amano told the IAEA’s 35-nation board that the “commitments being undertaken by Iran are being implemented.”  The UN nuclear agency Thursday said Tehran has given UN inspectors access to all the nuclear sites they needed to visit to implement the nuclear safeguard regime in the country.

“As of today, the agency has had access to all the locations that we needed to visit. The sun does not set on IAEA safeguards,” International Atomic Energy Agency (IAEA) chief Yukiya Amano said at a board meeting in Vienna.

The IAEA is monitoring Iran’s implementation of a historic international deal reached in Vienna in the summer of 2015, officially known as the Joint Comprehensive Plan of Action (JCPOA). Under the deal, Iran agreed to scale back its nuclear program in return of partial relief from international sanctions.

The Spokesman for Iran Atomic Energy Organization Behrouz Kamalvandi said Thursday that his country’s talks with the EU was successful and paved the way for further cooperation between the two sides.

In a statement quoted by Iran News Agency (IRNA), Behrouz said that both sides agreed to continue deepening their co-operation in further developing the safe use of nuclear energy, and the safe management of spent fuel and radioactive waste.

The EU and Iran had successfully held a first high-level seminar on ‘International Nuclear Cooperation: Expectations and Responsibilities’ in Brussels on 28 February and 1 March 2017.

This week’s seminar provided a platform for follow-up of the previous seminar, including fruitful high level exchanges on how to advance peaceful nuclear cooperation, as foreseen under Annex III of the Joint Comprehensive Plan of Action (JCPOA), which makes a major contribution to the successful implementation of the JCPOA.

“The EU is fully supportive of facilitating scientific cooperation in the framework of the EU’s research and innovation program, Horizon 2020, and the Euratom Research and Training Program. A roadmap on nuclear R&D cooperation was agreed and endorsed during the seminar,” the statement says. 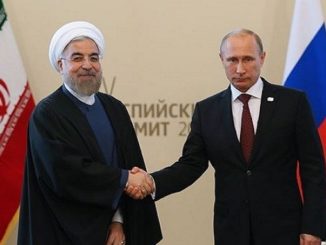 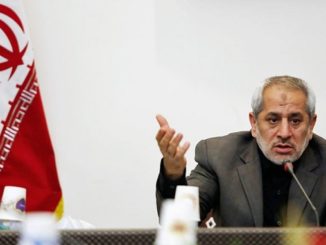