The Trump administration is planning to impose blanket sanctions on Iranian state television, as part of measures to punish those involved in the crackdown of protesters following the recent unrest, Tasnim News reports.

The Islamic Republic of Iran Broadcasting (IRIB), a state-run organization, has been subject to U.S. sanctions since 2013, but both Barack Obama and Donald Trump have signed presidential waivers every 180 days to prevent them coming into force.

The Guardian understands Trump is planning not to sign the waiver in regards to the state broadcaster when it comes up for renewal at the end of January, meaning the sanctions will become active. A source familiar with decision-making in Washington in relation to the IRIB sanctions said Trump was persuaded not to impose restrictions on the Iranian central bank, but instead to target specific organizations such as state TV.

“It is a symbolic act. It will send a strong message to Iran without imposing more hardship on Iranians like other sanctions,” the source said.

Not signing the waivers meant the “IRIB’s activity outside of Iran, including the activity of its bureaux, the ability to purchase international content and live satellite transmission, will be restricted,” the source added.

“It is also possible that all the individuals who are affiliated with IRIB and reside outside Iran will be affected and their bank accounts will be suspended. Iranian users on Twitter are supportive of imposing sanction on IRIB. #BanIRIB has been popular on Twitter.”

The IRIB employs thousands of people. Many view it as a mouthpiece of the Islamic republic, however, with little room for fair reporting and opposition voices. It has come under renewed criticism in the wake of the recent unrest as the country’s moderate president, Hassan Rouhani, has also added his weight to its critics.

“The IRIB must echo the nation’s opinions, not a single faction,” Rouhani said on Monday.

That view has been echoed by many reformists and opposition voices since country-wide protests over economic and political grievances, the biggest in Iran in nearly a decade, began at the end of December. IRIB asked its viewers during the recent unrest to send information about the identities of protesters.

The original U.S. sanctions state the IRIB has “contributed to the infringement of individuals’ human rights by broadcasting forced televised confessions and show trials” and a 2014 report from the New York-based Centre for Human Rights in Iran (CHRI) called it a “a major human rights violator”.

“It is critical at this juncture that the U.S. demonstrate that Iran must honor the international commitments it makes in word and deed. IRIB continues to be a central tool of state repression; it has not earned the continuation of the waiver,” said Hadi Ghaemi, Executive Director of the Campaign.

The state TV channel, which has been losing viewers in recent years to illegal satellite networks, alleged on its website on Sunday that a campaign against the network was instigated by the BBC, the London-based Manoto TV and also the Voice of America’s Persian service.

“The networks funded by the UK Foreign Office … are working to sow distrust among Iranians about the IRIB,” it said. 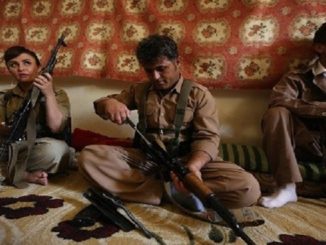 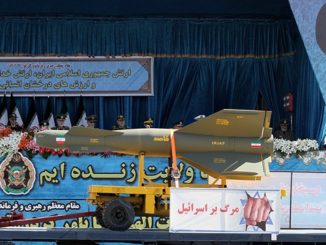 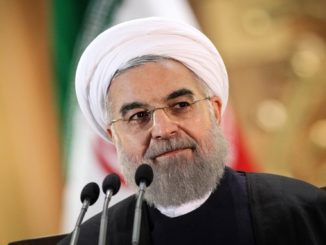