Iranian women are continuing to protest against the compulsory wearing of hijabs despite 29 people being arrested last week, Australian TV network 9News reports. Photos and videos of defiant women holding their hijabs aloft on sticks are being shared on social media in a steadily growing movement.

Recent posts to Twitter include footage of a frail, elderly woman gingerly climbing up onto the base of a fountain. The woman takes off her hijab and resolutely waves it above her head. Another brave woman was filmed taking off her hijab in front of a Basij base (the Islamic Revolutionary Guard’s Morality Police).

An elderly woman in #Iran joins the protest against forced #hijab.
She has difficulty walking. But that doesn't stop her from showing her support.#IranianProtests #حجاب_اجبارى #دختران_خیابان_انقلاب pic.twitter.com/TiI9hllXH9

The protests are being posted online under the hashtag #whitewednesdays and began in December when one woman was filmed waving a white scarf on a stick – a day before demonstrations erupted against economic conditions in eastern Iran.

Iran’s Attorney General Mohammad Jafar Montazeri, publicly played down the women’s protests describing them as “trivial” and “childish” and possibly incited by foreigners. But Masih Alinejad, who hosts the website My Stealthy Freedom, where women have been sharing their personal protests, told the Reuters women were rejecting the wider “interference of religion” in their lives.

“We are fighting against the most visible symbol of oppression,” she said.

President Rouhani released a study showing how drastically public attitude towards mandatory Islamic dress has changed in the past decade. Nearly half of Iranians believe that wearing a hijab should be a private choice.

The government of Iran published a three-year-old study on Sunday night illustrating growing public distaste for the obligatory hijab just days after police confirmed that dozens of women had been arrested as protests against mandatory Islamic head covering gained momentum. The study compares data from 2006, 2007, 2010 and 2014 — and illustrates the staggering decline in support for the legal restrictions on women’s clothing, one of the major changes pushed during the Islamic Revolution of 1979.

According to the Center for Strategic Studies which operates as part of the Iranian president’s office, in 2006, 34 percent of Iranians believed that the government should not be allowed to dictate what women wear. But by 2014 that number had jumped to 49 percent.

“And I’m sure if you ran the survey again today, that number would be even higher,” one Iranian woman, who wished to remain anonymous, told DW.

Another interesting data point shows the drop in support for even more restrictive religious clothing. In 2006, 54 percent of those questioned thought that women should wear a chador, a garment that wraps around the entire body, revealing only the face. By 2014, however, that number had dropped to 35 percent. The survey also asked whether respondents thought the government should proceed with charges against women who were caught without a hijab in public. In 2006, about half of the population thought they should. But three years ago that number had fallen to just 39 percent.

While it may seem strange to some that the office of President Hassan Rouhani would publish these numbers as Iran’s religious police step up their crackdown on anti-hijab protests, it is actually the second time recently that Rouhani has used such a tactic as a slick political gambit. In December, Rouhani published the government’s budget in full, claiming it was in the name of transparency.

The timing of the report’s release, as Iranian women renew their push for equal rights and social change, pits President Rouhani, a moderate cleric by Iranian standards, head-to-head against the country’s hardliners.

“This could be Rouhani’s attempt to be seen as someone who can listen to the Iranian people, compared to other politicians who are perhaps impinging their ideological will on the people. People might appreciate that he’s releasing this information, but will ask if it will actually result in anything,” Sanam Vakil, an associate fellow at Chatham House who studies Iran, told CNN.

Nina Ansary, an expert on women’s rights issues in Iran, told CNN that while the release of the report is a strategic move by Rouhani, it wouldn’t necessarily lead to reforms.

“This move is extremely strategic. On the surface, it immediately appears that he’s waving the flag of women’s rights to choose to wear the veil or not, but when you think that this report signals half of the country is in favor of the law, it’s almost a back-handed way of lending support for the regime. Rouhani has not backed up this report by calling for reform … the ambiguous nature of releasing such a report without a statement leaves a question mark,” Ansary added. 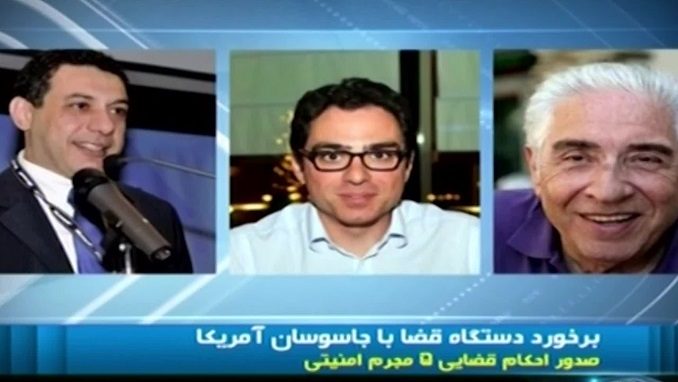