U.S. President Trump’s assertive new strategy toward Iran is already colliding with the reality of Tehran’s vastly expanded influence in the Middle East as a result of the Islamic State war, The Washington Post reports.

The strategy signaled an important shift in U.S. Middle East policy away from an almost exclusive focus on fighting the Islamic State to an effort that also pushes back against years of Iranian expansion in the region.

Yet, it offers no specifics or how to confront Iran’s pervasive presence on the ground in Iraq, Syria and beyond, raising questions about how easy it will be to push back against Iranian influence without triggering new conflicts.

The sharp rebuke Secretary of State Rex Tillerson’s call for Iranian-backed Iraqi militias to “go home” received from Iraqi Prime Minister Haider al-Abadi, who pointed that the militias are “part of the Iraqi institutions,” is just a preview of how hard it would be to change track on what has amounted in recent years to a tacit alliance with Iran in Iraq for the purpose of fighting the Islamic State.

From an Iranian viewpoint, the Islamic State invasion led to the return of U.S. forces to Iraq, a renewed U.S. influence over the Iraqi government and the replacement of a pro-Iranian leader by one approved of by the U.S. With Iraqi elections due in April next year, Iran is now assiduously working to reclaim its earlier political influence and, if possible, extend it.

Iranian influence did not just go into reverse during the Islamic State interregnum, however. The war allowed Iran to revitalize the Shia militias Iran created during the U.S. occupation of Iraq as the Popular Military Forces (PMF).

Iran seems to have hopes that at least parts of the PMF’s 60,000 plus personnel will become an alternative military force to the Iraqi national army – duplicating the Iranian model, where the Islamic Revolutionary Guard Corps exists alongside the regular armed forces. One of Iraq’s most powerful militia leaders went further, saying in a tweet that it is the Americans who should go home.

“Your armed forces have to prepare from this point immediately and without any delay to leave our homeland Iraq after the end of the excuse of the ISIS presence,” said Qais al-Khazali, who heads the Iran-backed Asaib Ahl al-Haq militia and was imprisoned for two years by U.S. forces for his role in organizing an attack that killed five U.S. soldiers in 2006.

The tensions also risk complicating the final stages of the war against the Islamic State, which has now been mostly confined to a desert stretch of highly strategic territory spanning the border between Syria and Iraq.

Iran has already asserted itself as a major player in Syria by supplying, arming and training the tens of thousands of militia fighters that have proved instrumental in securing President Bashar al-Assad’s hold on power. In all of their maneuvers, the militias are operating with the blessing of the sovereign governments, making it hard to discern where Iran’s agency begins and the governments’ ends.

“The Iranians were smart, and they still are smart. They wanted to export their revolution. But they found that they don’t need to overthrow the governments in the region. They can create political and military groups alongside these governments, and Hezbollah is the prime example. Hezbollah is now part of the government, part of parliament, and it is a strong military force on the ground. Which no other force in the world can destroy,” Mohammed Obeid, a Beirut-based political analyst who is close to Hezbollah, said.

It seems unlikely the U.S. and Iran will happily coexist in post-Islamic State Iraq, just as they could not during the U.S. occupation. Instead, it is more probable that Iran (as before) will use various covert means, including proxy forces, to raise the costs in blood and treasure of the U.S. staying.

Some fret Iran has already commenced such a plan. On 1 October, an explosively formed penetrator (EFP) killed a U.S. soldier and wounded another. Such devices were a signature weapon of the war and were supplied by Iran in large numbers to its proxies during the U.S. occupation. EFPs are credited by U.S. Central Command with killing nearly 200 U.S. soldiers and wounding some 800 in the 2005-2011 period.

Iran may optimistically believe that a similar campaign will succeed again in encouraging the U.S. to wind down its troop commitment. Iran may also consider that such a campaign would not draw a disproportionate U.S. response, but such hubris could be mistaken.

The U.S. military maintains about 5,200 troops in Iraq, according to Abadi, and 500 Special Operations troops in Syria, according to the Pentagon. They are heavily outnumbered by the militias and would be vulnerable to a revival of the Shi’ite insurgency that was responsible for a majority of U.S. casualties in the final years of the Iraq War.

For now, U.S. officials seem to be pinning their hopes on a new round of sanctions against Hezbollah in Lebanon and Iran’s Revolutionary Guard Corps, which commands Tehran’s network of allied militias. But sanctions alone won’t dent Iran’s geographical reach, and the Trump administration appears to have no appetite for a full-scale confrontation. Whether such a confrontation would work in America’s favor is also in doubt, said Nicholas Heras of the Center for a New American Security.

“No amount of strategizing and boots on the ground short of an invasion is going to push back against Iran’s ability to shape events in Baghdad and all of Iraq. And short of the U.S. Army marching on Damascus, Iran will not be ripped from Syria or Lebanon,” he said. 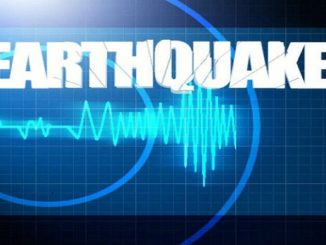 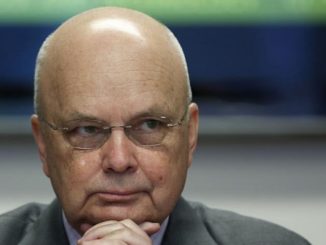