Israeli Prime Minister Benjamin Netanyahu on Sunday compared Iran to Nazi Germany, pointing that both were relentlessly committed to imposing tyranny and terror, and murdering Jews.” At the same time, Netanyahu said Israel would be the first country to re-establish ties with Iran once the regime of Ayatollah Ali Khamenei falls, Times of Israel reports.

In a video broadcast to the Brookings Institute’s Saban Forum in Washington, Netanyahu referred to Saudi Crown Prince and Defense Minister Mohammed bin Salman calling Iran’s supreme leader the “new Hitler of the Middle East” who must be stopped.

There are some 20,000 Jews currently living in Iran.

“This year I want to talk about a topic that I almost never bring up: Iran. Just kidding,” before telling his listeners that if they were in his shoes “you’d talk about Iran too.”

Setting the context of the comparison, Netanyahu explained how the world reacted to Adolf Hitler’s rise to power, highlighting the then British Prime Minister Neville Chamberlain’s policy that became known as ‘appeasement,’ symbolized by the famous 1938 agreement in which Hitler was permitted to take over portions of Czechoslovakia on condition that he commit to no further territorial expansion.

“Apparently after a Munich, Chamberlain said ‘Well. Hitler wasn’t such a bad fellow after all,’”

Netanyahu then turned to a statement by Hitler as quoted in the Daily Mail in 1938.

“‘Believe me,’ Hitler said. We shall never fight against except in self defense…’ which brings us back to Iran,” Netanyahu continued, mockingly describing the Iranian “silver-tongued foreign minister” who “charmingly explain(s) that Iran is a moderate power which harbors no hatred toward anyone. Right.

“Mr. Zarif, Tell that to the journalist tortured in Evin prison. Tell that to students shot dead in the streets. Tell that to the hundreds of thousands of dead Syrians killed by Iran’s proxies.  I speak so often about Iran because I read history. When tyrants call for the destruction of my people, I believe them.I don’t have the luxury of discounting their genocidal threats,” Netanyahu said, continuing the list of human rights violations and atrocities committed by the Iranian regime.

The Israeli leader has recently ratcheted up his angry rhetoric towards Iran, repeatedly accusing it of gaining a military foothold in Syria to attack Israel and vowing to “act alone” to stop Iran from acquiring nuclear weapons.

He then went to predict a demise of the “Iranian regime,” claiming that Israel would be “the first in line to restore relations” when that happens.

“My friends, one day the Iranian regime will fall. Iranian mothers and fathers will rejoice in the streets. Israel will be the first in line to restore relations and rebuild our partnership. That’s just one reason why I am so hopeful about our future. Today Israel is more welcomed by the nations of the world than ever before. Our foreign relations are flourishing.  When I look forward 50 or 100 years, I believe Israel will be embraced openly by its Arab neighbors rather than in secret, in the way it is done today,” he said, reiterating his earlier claims that Israel has been covertly cooperating with several Arab nations.

A short clip from the video was released Saturday, hours after a missile allegedly fired by Israel struck the countryside near Damascus. Syria’s state media reported the missiles hit a military site, causing material damage. However, some other news sources reported that the missiles targeted an Iranian military base, allegedly being built in the area.

Netanyahu also reiterated Israel’s policy that it would not allow Iranian military entrenchment in Syria in the speech that was taped on Thursday, a day before Israel allegedly attacked an Iranian base in Syria.

“Let me reiterate Israel’s policy. We will not allow a regime hell bent on the annihilation of the Jewish state to acquire nuclear weapons. We will not allow that regime to entrench itself militarily in Syria, as it seeks to do, for the express purpose of eradicating our state,” he said.

According to foreign media reports, Israeli launched five air-to-surface missiles from Lebanese airspace toward an Iranian base near the town of El Kiswah, 15 km. southwest of the Syrian capital. Syria’s SANA state news agency reported that regime air defenses “confronted an Israeli attack with ground-to-ground missiles” and that the air defenses intercepted and destroyed three Israeli missiles.

Israel rarely comments on foreign reports of military activity in Syria, though in the past it has publicly admitted to having struck over 100 Hezbollah convoys and other targets there, with Netanyahu saying that strikes will continue when “we have information and operational feasibility.” 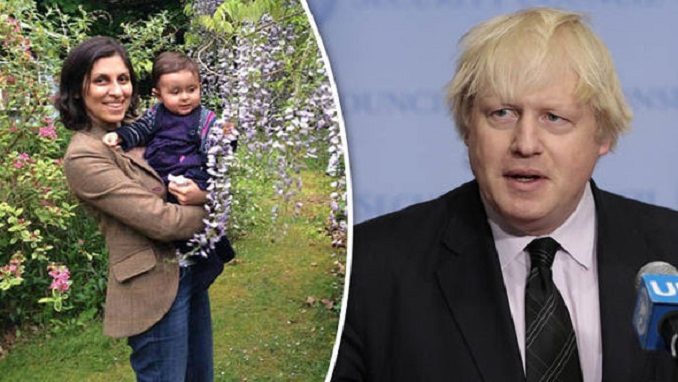