Iran tried to obtain illicit technology that could be used for military nuclear and ballistic missile programs, raising questions about a possible violation of the 2015 agreement intended to stop Tehran’s drive to become an atomic armed power, according to three German intelligence reports obtained by Fox News.

The new intelligence, detailing reports from September and October and disclosed just ahead of President Trump’s planned announcement Thursday on whether the U.S. will recertify the Iran deal, reveals that Iran’s regime made “32 procurement attempts … that definitely or with high likelihood were undertaken for the benefit of proliferation programs.”

According to the document, the 32 attempts took place in the German state of North Rhine-Westphalia. The report lists Iran as a nation that engages in proliferation, which is defined as “spreading atomic, biological or chemical weapons of mass destruction.”

Missile delivery systems are also included in the definition of illicit proliferation activity in the report.

According to the North Rhine-Westphalia agency, Iran used front companies in the United Arab Emirates, Turkey and China to circumvent international restrictions on its nuclear and missile programs.

The intelligence report, which covered the year 2016 — the Iran deal was implemented on Jan. 16, 2016 — calls further into question Iran’s compliance with the agreement, formally known as the Joint Comprehensive Plan of Action, or JCPOA.

The year before, the agency recorded 141 attempts by Iran to secure illicit goods for proliferation purposes. 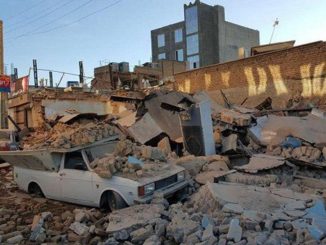