Shamiram Isavi, the wife of Victor Bet Tamraz, who formerly led Iran’s Assyrian Pentecostal Church, has been sentenced to five years in prison, the Center for Human Rights in Iran (CHRI)reports.

“As far as we know, and based on Mrs. Isavi’s own statements, no evidence has been presented in the case to show that she was engaged in spying or disturbing national security. She has denied all the charges. Mrs. Isavi explained during the interrogation that when the Assyrian Pentecostal Church was shut down, she attended home churches and prayed with fellow Christians and discussed the Holy Book. It’s astonishing that a country’s national security could be threatened by a gathering of Christian believers,” Kiarash Alipour, a spokesman for Article 18, a UK-based organization focusing on Christians in Iran, told the Center for Human Rights in Iran (CHRI) on January 25, 2018.

Isavi was charged with “acting against national security by organizing home churches, attending Christian seminars abroad and training Christian leaders in Iran for the purpose of espionage,” and found guilty by Judge Mashallah Ahmadzadeh of Branch 26 of the Revolutionary Court in Tehran on January 6, 2018.

Since March 2017, Judge Ahmadzadeh has sentenced 16 Christian converts in Iran to prison terms ranging from five to 15 years, according to Article 18. Article 18 of the International Covenant on Civil and Political Rights, which Iran ratified in 1975, states that everyone shall have the right to freedom of thought, conscience and religion. However, the Islamic Republic views alternative belief systems, especially those seeking converts, as a threat to the prevailing Shia order.

Isavi and her husband were arrested in their home in Tehran on December 26, 2014, along with their son, Ramin Bet Tamraz, and 12 Christian converts. On June 11, 2016, Ahmadzadeh sentenced Victor Bet Tamraz and Christian converts Hadi Asgari and Kavian Fallah Mohammadi to 10 years in prison each while convert Amin Afshar Naderi was issued a 15-year prison sentence. They are awaiting a decision on their appeal.

According to Article 13 of the Constitution: “Zoroastrian, Jewish, and Christian Iranians are the only recognized religious minorities, who, within the limits of the law, are free to perform their religious rites and ceremonies, and to act according to their own canon in matters of personal affairs and religious education.”

“No one in Iran is prosecuted for their beliefs unless they have committed a crime,” said Kazem Gharibabadi, the assistant for international affairs at the judiciary’s Islamic human rights division, on March 17, 2017.

However, Iran’s Christian community, particularly its convert community, faces systematic state persecution and discrimination due to its growth. Despite President Hassan Rouhani’s pledges during his election campaign in 2013 that “All ethnicities, all religions, even religious minorities, must feel justice,” the targeting of Christian converts for state persecution and prosecution has continued unabated under his administration.

All Farsi-speaking Christian churches in Iran are currently banned. Only non-ethnic-Persians, such as Armenians and Assyrians, are allowed to practice their Christian faith.

“Christian converts can only attend home churches but they could face heavy sentences,” Alipour told CHRI.

This may come as a surprise to many, but Christianity is growing faster in the Islamic Republic of Iran than in any other country in the world. Tens of thousands in this overwhelmingly Muslim nation are abandoning that faith. Experts say the ongoing political crisis and economic challenges are fueling widespread anger against the regime. Mike Ansari says political turmoil is creating unique opportunities to share the love of Christ.

“Many Iranian Christians have turned to us asking what it is they need to do,” Ansari wrote in an email.

Ansari is the president of Heart4Iran Ministries, which describes itself as “a non-political partnership of multi-national organizations” bringing some 86 different ministries together with the goal of serving and blessing the people of Iran. He says with all the negative news about Iran, it is easy to miss the big and often untold story of what is really happening inside the Islamic nation.

“God is at work in Iran,” declared a confident Ansari. “Jesus is building His church, the {Holy} Spirit is transforming lives and the gospel is on the move.”

“Christian satellite TV broadcasts into Iran have played a vital role in the success of underground house church movement. The significance of media strategy is that it by-passes security measures set by the government and reaches the people of Iran through their TV set or on their smart devices,” Ansari wrote.

As a result, Ansari believes Iran’s house churches are experiencing explosive growth as scores of Iranians abandon Islam for Christianity. 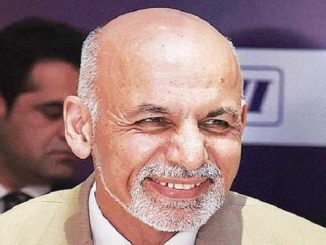 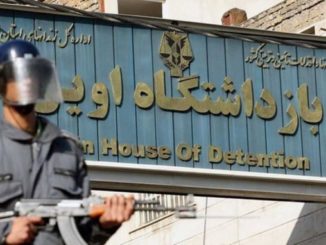 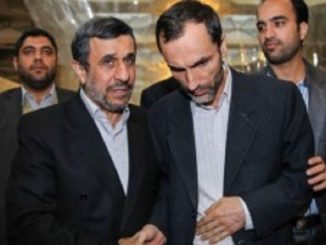